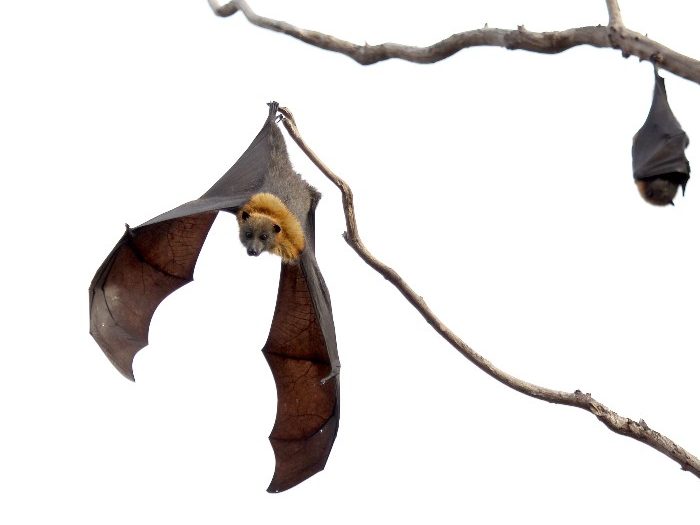 It’s Bat Appreciation Day! Although they are closely associated with Halloween, Dracula, and blood-sucking, these amazing little creatures are much more beneficial and interesting than some might think. Plus, they aren’t nearly as scary or dangerous, either.

These are eight little-known facts about bats that show just how amazing these creatures are.

This might not sound like an impressive number since we hear huge numbers in science every day. But there are only about 5,400 known species of mammals in the world. That means bats make up about 22 percent of all mammal species on earth!

And there’s a lot of variety in these bat species, in what they eat, how they navigate the world and the way they look. Here are a few examples of their diversity:

Unlike honeybees, bats don’t make honey, but they make as big an impact on certain foods we eat as honeybees do. Some bats in tropical regions of North and South America eat the flower nectar of various fruit trees. By researchers, scientists, and conservationists, they’re considered powerful pollinators of many plants. Without their efforts, fruit trees would suffer, unable to properly pollinate and make delicious mangoes, bananas, and other exotic fruits.

It might seem ironic to think of a bat as a natural gardener when you could look outside your Australian home and see a flock of bats eating your fruit. But all bats, not just fruit bats, are actually extremely beneficial to the environment.

After sucking up the juicy insides of the fruit, the bats end up with lots of seeds in their bellies. The seeds get distributed across the fertile tropical soil as the bats fly away and excrete their meal. The seeds then sprout new tropical gardens.

They’re really cute gardeners, too. Typically from regions across Africa, Asia, Australia, and the Pacific Islands, fruit eaters are often called flying foxes because they have charismatic faces with big eyes and snout that looks almost like a fox. They use their big eyes and long noses to see and smell their next fruity meal.

4. Bats are the Only True Flying Mammals

Flying squirrels, though agile in the air, don’t fly at all. They use the skin stretched across their bodies like wings to glide — no flapping involved. On the other hand, bats use their wings to scoop the air, making them the only flying mammals on earth, and they have a really unique way of doing it, too.

Instead of feathers, bat wings are like webbed hands with elongated, bony fingers. This gives bats a huge amount of control over their flight, making them like incredible acrobats in the air.

Bat wings have a muscular membrane that stretches and shrinks with every wingbeat, allowing their wings to scoop the air. This makes bat flight completely different from the way birds fly. Whereas bird wings can make an airfoil that allows them to brush the air like a fan, bats have to rapidly beat their wings all the time, sort of like swimming through the air with huge webbed hands.

Studies of bats and their unique abilities have led to a number of scientific discoveries. Here are just a few of the studies and discoveries that we continue to make because of bats.

Vampire bat saliva has been studied for its ability to keep blood from clotting. Normally, a small cut on the skin will bleed for a short time and then seal itself because blood has the ability to make tiny clots in the cut to stop the bleeding and heal the cut faster. Since vampire bats lap up blood, they have evolved an anticoagulant in their saliva that makes the cut bleed longer.

Scientists have studied vampire bat saliva to figure out how it stops blood from clotting. They are looking for ways to manufacture the anticoagulants to help stroke patients, allowing the blood in their brain to flow more freely and keep the brain healthy and prevent the stroke patient from losing speech or other brain functions.

Studies on bats have revealed that they also have a powerful resistance to DNA damage. The longer we live, the more our DNA could be damaged, making diseases like cancer more and more likely. These studies could give us insight into how the bats keep their DNA from becoming corrupted over time and could lead to a medication that helps people live longer and reduce the risk of cancer and related diseases.

We’ve also studied bat flight to figure out why they’re so maneuverable. Scientists and engineers are studying bat wings to create bat-like drones that are more agile in the air. Studies are also trying to discover the secret behind bat echolocation to develop more efficient sonar navigational systems.

About 2/3 of the world’s bat species eat insects, and they eat a lot all at once. Due to their continuous flapping and their high metabolisms, bats have to eat their body weight in food every day (or night) or risk starvation — and they are definitely good at it! A single brown bat can eat 1,200 mosquitoes in an hour. Bracken cave, TX, contains the largest bat cave in the world, and the 20 million bats there consume 200 million insects every night, making them the world’s most efficient pest control agents!

Natural pest control services provided by insect-eating bats in the United States are estimated to save the agricultural industry $23 billion a year, and yet bats are among the most overlooked economically important, non-domesticated animals in North America.

Not all insect-loving bats only eat flying insects. Did you know there’s a type of bat called the Pallid bat that can eat scorpions and centipedes? Living in the western regions of the United States, they are even immune to the sting of Arizona and California’s bark scorpion, the most venomous scorpion in North America!

7. Bats are Tiny but Mighty

Despite their strange wings and relatively small size, bats can fly extremely fast. Some species can fly as fast as 60 miles per hour, and the long-nosed Mexican bat has been clocked at 100 mph, which makes this bat the fastest mammal on earth, even faster than cheetahs and dolphins.

In order to find a tiny insect in the dark, insect-eating bats use echolocation to hunt for their meals. They make rapid squeaking noises that are too high-pitched for humans to hear. They listen for the echo and are able to make a mental image of their surroundings based on how quickly the sound comes back to them. It’s like sonar systems used on submarines, except that a bat’s is a lot more powerful. 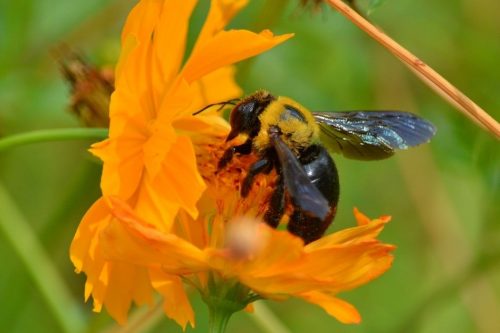 How To Prevent Carpenter Bee Damage May 4, 2021 Read More 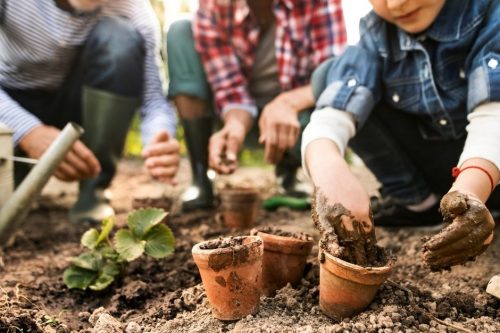 Garden Pests to Watch Out For And How to Stop Them April 23, 2021 Read More