Jason Riddick has over 15 years experience in the pest control industry. He joined Fox Pest Control in 2014, and has excelled in his position as branch manager of the Virginia Beach branch. Prior to the creation of the Newport News branch in 2021, Jason led his team of technicians in covering the combined area of what the Virginia Beach branch and Newport News branch cover together today. He commutes from his home in Portsmouth to the office in Chesapeake every day. Jason is well-respected and well-liked among the technicians on his team, customers and everyone else in the Fox Family.

Jason was raised in Norfolk, Virginia where he learned a strong work ethic from his adoptive father, who managed Norfolk’s prominent businesses like TJ Maxx, Food Lion, Toys R Us, and Farm Fresh. He’s carried that with him into his work at Fox Pest Control and also the active role he plays in the community mentoring youth.

Although Jason works hard, he knows how to have fun. Jason is a huge Washington Commanders fan. He’s always ready to put on a jersey and cheer for his favorite team! When he’s not watching or playing football, he might be talking about Star Wars. Jason has loved Star Wars since he was a kid and has enjoyed seeing each new movie hit the big screen.

Above all else, Jason’s family is his top priority in life. His wife, Annette, lives with him while his grown sons Chris and Emonte live in Brooklyn and Norfolk, respectively. He and his wife take advantage of date nights whenever their busy schedules allow. The Riverstone Chop House in Suffolk is one of their favorite places to go. Throughout his life, Jason has also enjoyed going to cookouts and get-togethers in Chesapeake with his friends and family.  These seemingly small moments have given him the energy to give his all to his Fox Family as well.

Carlos Eikerenkoetter has been part of the Fox Family since 2016. Before becoming the branch manager of Fox Pest Control’s Newport News Branch, Carlos worked in Fox Pest Control’s Virginia Beach Branch alongside his brother Tevin, gaining hands-on service experience in the field. Carlos’s friendly nature and impressive work ethic quickly earned him the reputation as a customer favorite! Everyday, Carlos commutes from the home he shares with his wife, daughter, and dog named Louie in Virginia Beach to the office on Ed Wright Lane in Newport News.

Carlos credits his family and faith for all he has in life. He and his wife, to whom he has been married for nine years, attend church every week, singing for the worship and praise portion of the services and serving as Sunday school teachers.

Carlos has an amazing and creative daughter who is attending Tidewater Community College in Norfolk with the ambition to become a cartoonist. She may have gotten some of her creativity and drive from her father, because in 2020 Carlos launched his own clothing company — God Given Strength — and designs all of the apparel himself.

Carlos loves the team of Fox Pest Control technicians he works with and enjoys spending time with them inside and outside of work. Whether it’s getting a burger and tots from Viking Burger around the corner from the office, or enjoying a day at Busch Gardens in Williamsburg, Carlos feels that anytime with the team is time well spent. 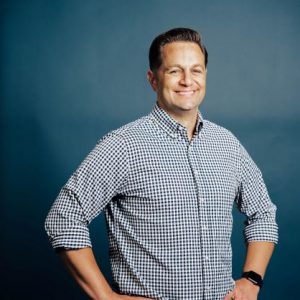 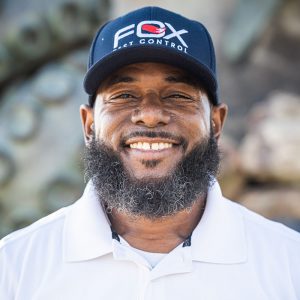 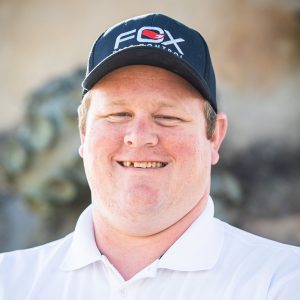 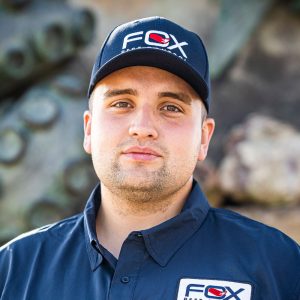 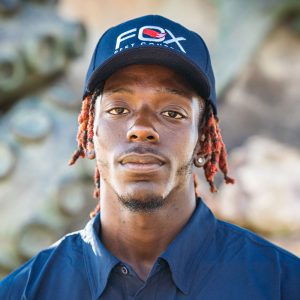 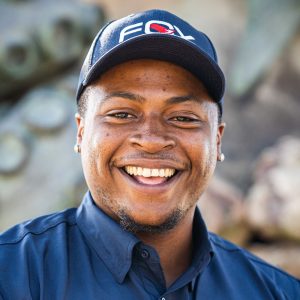 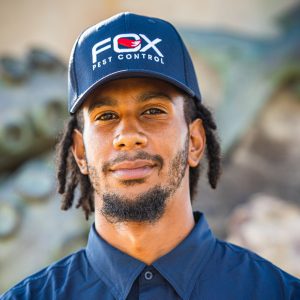 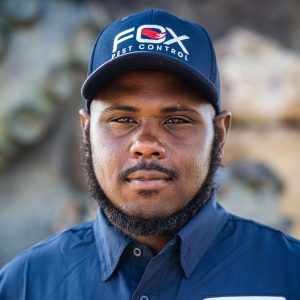 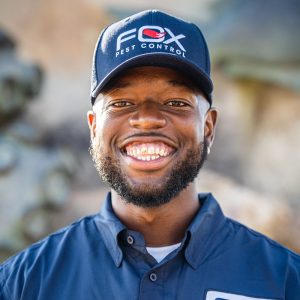 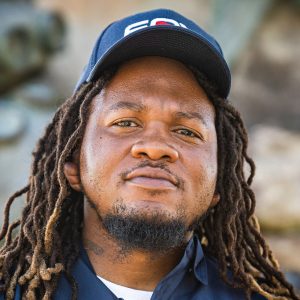 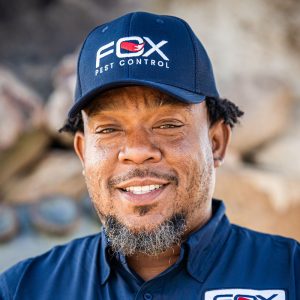 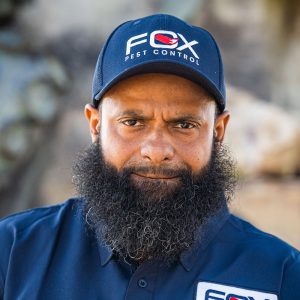 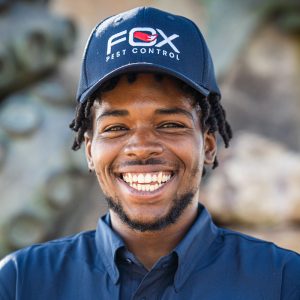 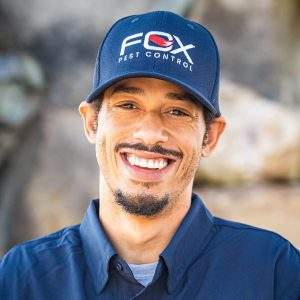 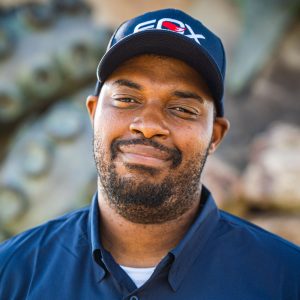 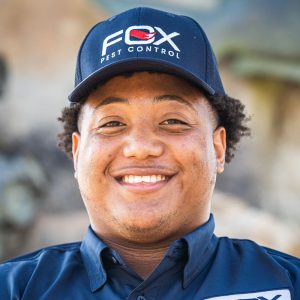 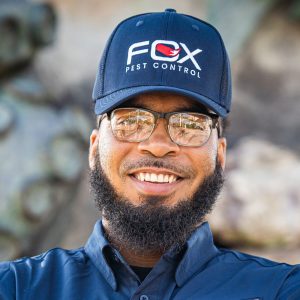